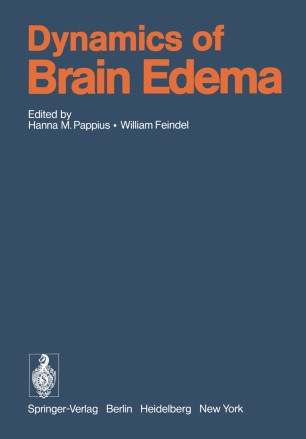 A workshop on Dynamic Aspects of Cerebral Edema was organized to pro­ vide an opport~nitY,for interdisciplinary and detailed consideration of this subject, so crucial in neurology and neurosurgery. The previ­ ous workshops were held in Vienna in 1965 and in Mainz in 1972. In the meantime, our ideas on mechanisms of resolution of cerebral edema had been changing drastically. Controversy had arisen regarding the role of biogenic amines in the development of edema. Active work in several centers had indicated the possibility of a reversible compo­ nent in edematous changes associated with ischemia, the control of which could be of therapeutic significance in the problem of stroke. It was felt that a thorough discussion, at this time, by those involv­ ed in these various studies should help to resolve the controversies, to crystallize the implications of the new findings, and to evaluate their application for patient care. In preparing the proceedings for publication we have edited the manu­ scripts and selected the discussions with an aim to highlight new find­ ings, to make this volume readable, and to eliminate duplication. We gratefully acknowledge financial support from the institutions and organizations previously listed. Many individuals contributed to the success of the workshop and the preparation of the proceedings for publication. Doctors J.B. Brierley, I. Klatzo, H.J. Reulen, and A.G.