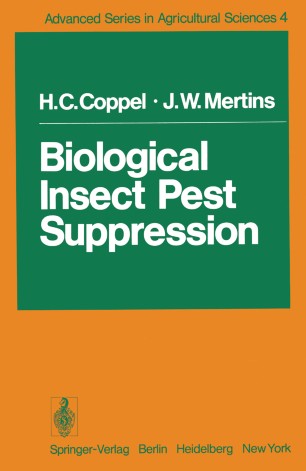 The subject area embraced by the term "biological control" in its classical sense is very broad indeed. The term itself was apparently first used in 1919 by the late Harry S. Smith, and was then used specifically in reference to the suppression of insect populations by the actions of their indigenous or introduced natural enemies. The California school of biological control specialists who followed in Smith's footsteps have traditionally differentiated "natural" biological control (by indigenous natural enemies) and "applied" biological control (by man-introduced natural enemies). Subsequently, the philosophy broadened beyond the original narrow concern with population suppression of insects (and especially pest insects), to embrace directed activities against mites or other arthropod pests, various invertebrate and vertebrate pests, weeds, and organisms producing disease in humans or their domestic animals and plants. The techniques used in these activities also multiplied beyond the original concern with natural enemies. The subjects area discussed in this book is, at the same time, broader and more restricted than that covered in other books on "biological control. " On the one hand, the treatment here is restrictive in that, with rare exception, we have limited ourselves to dealing only with ideas and examples involving the suppression of insect pests through human activity or intervention in the environment.