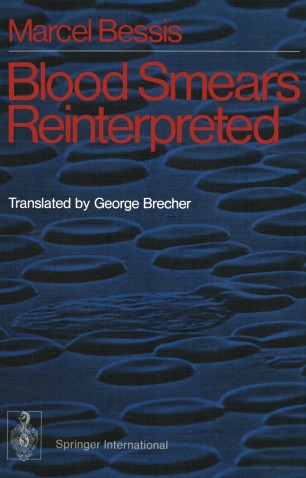 The translation of Blood Smears Reinterpreted was begun when the French original was still undergoing revisions. I was accorded the oppor­ tunity to question any statement or turn of phrase that was unclear to me or appeared liable to misinterpretation. It is my hope that as a result, ambiguities-particularly those inherent in differences between American and Eu ropean usage-have been removed and that I have at least ap­ proached the ultimate goal of any translation: to reflect the author's intention accurately while remaining as readable as the original. Beyond the role of translator, I was encouraged to assume the role of critic. As a result, some pages or even single sentences were hotly debated, sometimes for hours, as Marcel Bessis insisted that any inter­ pretations on which we could not agree should be so indicated. In fact our discussion invariably ended in agreement, though they led to changes of a sentence here or a word there and, on occasion, to the addition of a footnote or a brief paragraph.