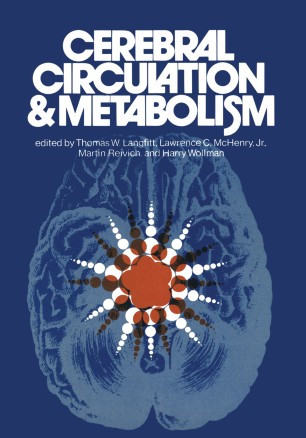 This volume contains the papers presented at cluded are the concluding remarks made by the the Sixth International Symposium on Cerebral chairman of each session. The last session con­ Blood Flow held in Philadelphia on June 6-9, tains discussions of several topics which were felt to be of sufficient importance and interest to 1973. Since the first meeting on cerebral blood flow, held in Lund in 1964, the number of par­ warrant extended consideration. These con­ ticipants in these symposia has steadily increased cerned the questions of neurogenic control of until at this meeting it was necessary to conduct the cerebral circulation, the role of failure of simultaneous sessions. The interest and effort reperfusion in cerebral ischemia, and a discus­ sion of invasive and noninvasive methods of directed toward problems concerned with cere­ bral circulation and metabolism, as well as the CBF determination. Owing to the large number increasing sophistication applied to these prob­ of papers included in this book and the interests lems, are amply demonstrated in this book. of rapid publication, it was not possible to in­ A wide variety of topics was discussed at the clude the discussions of each paper. The orga­ symposium with major emphasis on the basic nizers regret the necessity of this decision but aspects of the control of cerebral circulation and wish to thank the many participants who con­ metabolism.