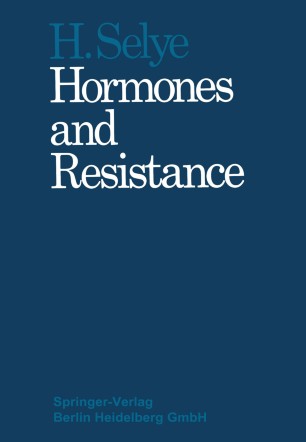 7 If so, the individual members of each class thus identified could then be subjected to a more profound pharmacokinetic analysis. In other words, we had to determine first which hormone protects against which drug, before we could explore how it did this. We had to know first that a hormone has adaptive value before we could ask whether this is due to a syntoxic or a catatoxic mechanism. Such observations, as the fact that an indomethacin-induced intestinal ulcer can be prevented by ethylestrenol, orthat cortisol aggravates certain infections, reveal nothing about how these hormones work; but only findings of this type can tell us where further research would be rewarding. Of course, scientists can rarely identify by direct observation the tbings that they are looking for; most of the time they have to be guided by indirect indices. The ebernist often first detects a compound, or even a particular functional group in its molecule, by inference from a color reaction, a revealing X-ray diffraction pattern or the formation of a characteristic precipitate. The physician must first suspect the presence of a microbe through certain clinical signs and symptoms before he can verify his diagnosis by looking for a particular organism. It is perhaps not too daring to hope that in our first efforts to clarify the role of hormones in resistance, simple, directly visible indicators might also serve us best.