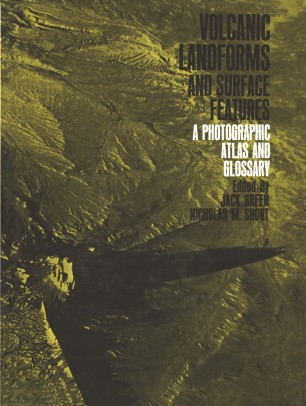 A Photographic Atlas and Glossary

THIS BOOK, conceived by N. M. S. , is patterned this atlas, namely to assemble into a single source after The Atlas and Glossary of Primary Sedi­ book a photographic record of nearly all volcanic mentary Structures by F. J. Pettijohn and P. E. Potter surface features described during the development (Springer-Verlag New York, Inc. ). We introduce of volcanology so that future workers on terrestrial this atlas with a chapter by the late Arie Polder­ problems can refer to these photos for comparative vaart treating the principal concepts of volcanoes or illustrative purposes. as landforms, followed by a main section of photo­ Also, we hope that this atlas will serve as an aid graphs of volcanic structures and features arranged to those engaged in learning or teaching the funda­ in 198 Plates, and then conclude with an up­ mentals of geology and its sub fields, such as petro­ dated glossary of terms associated with volcan­ logy or geophysics. To this end we have attempted ology, its processes and products. to create a book simple and general enough to be The atlas is, in a sense, an outgrowth of the useful even at the secondary school level, but with expanding interest in volcanology recently stimu­ sufficient detail and rigor to be acceptable to both lated by the exploration of neighboring planetary students and professors in the universities. Further, bodies in the solar system.