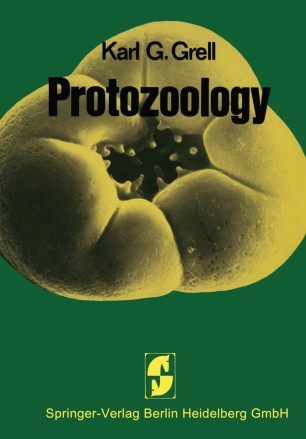 When I prepared the first German edition of this book in 1955, it was my intention to acquaint biologists in my country with the new and exciting results being obtained on the other side of theAtlantic Ocean (incl. the English Channel). In the meantime, especially after publication of the second German edition in 1968, Dr. Konrad F. Springer and many colleagues, too, suggested that I should prepare an English version. Though this was the exact opposite of my original intention, I finally agreed despite the risks involved. Since 1968 our knowledge in Protozoology increased considerably. Though I tried to concentrate the text as much as possible, an enlargement of up to pages 554 was unavoidable. Many figures have been changed, replaced and added. Altogether their number increased from 422 to 437. In my opinion, it is only a matter of time before the "true" protozoologists dis­ appear. There will be cell biologists, biochemists, geneticists and others working with certain Protozoa, but very few who are interested in the group as a whole, their morphological and physiological diversity, their various types of reproduction and their relationships to other groups of organisms. Even at the present time, the Society of Protozoologists, comprising more than thousand members, consists for the most part of specialists who concentrate their efforts specifically upon Chlamy­ domonas, Amoeba, Plasmodium, Tetrahymena or some other protozoans.