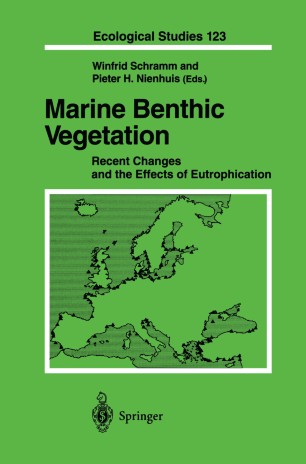 Recent Changes and the Effects of Eutrophication

Increasing amounts of various types of wastes and pollutants including nutrients enter the coastal waters via rivers, direct discharges from land drainage systems, diffuse land runoff, dumping and via the atmosphere. This has led to coastal eutrophication and in extreme cases to hypertrophication. Until recently, coastal eutrophication and the resulting effects on marine macrophytes were mainly treated as local short-term problems. However, the local nearshore problems developed into overall coastal and inshore phenomena, and recently we have been facing coastal eutrophication problems on a global scale.
This book is the first comprehensive document, systematically covering the entire coastline of Europe on the effects of eutrophication on the marine benthic vegetation.