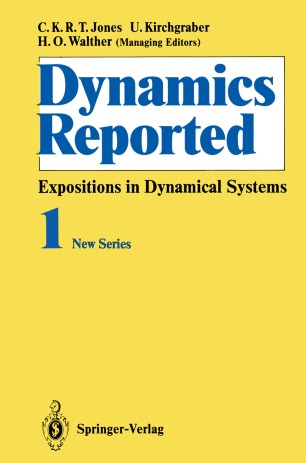 Dynamics Reported is a series of books dedicated to the exposition of the mathematics of dynamcial systems. Its aim is to make the recent research accessible to advanced students and younger researchers. The series is also a medium for mathematicians to use to keep up-to-date with the work being done in neighboring fields. The style is best described as expository, but complete. Thus, there is an emphasis on examples and explanations, but also theorems normally occur with their proofs. The focus is on the analytic approach to dynamical systems, emphasizing the origins of the subject in the theory of differential equations. Dynamics Reported provides an excellent foundation for seminars on dynamical systems.