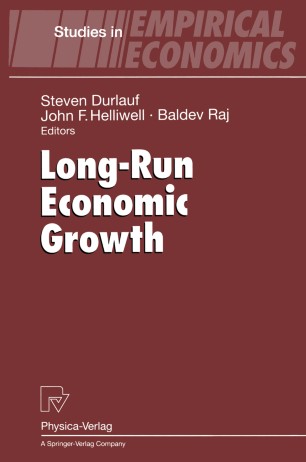 One of the most enduring questions in economics involves how a nation could accelerate the pace of its economic development. One of the most enduring answers to this question is to promote exports -either because doing so directly influences development via encouraging production of goods for export, or because export promotion permits accumulation of foreign exchange which permits importation of high-quality goods and services, which can in turn be used to expand the nation's production possibilities. In either case, growth is said to be export-led; the latter case is the so-called "two-gap" hypothesis (McKinnon, 1964; Findlay, 1973). The early work on export-led growth consisted of static cross-country com­ parisons (Michaely, 1977; Balassa, 1978; Tyler, 1981; Kormendi and Meguire, 1985). These studies generally concluded that there is strong evidence in favour of export-led growth because export growth and income growth are highly correlated. However, Kravis pointed out in 1970 that the question is an essen­ tially dynamic one: as he put it, are exports the handmaiden or the engine of growth? To make this determination one needs to look at time series to see whether or not exports are driving income. This approach has been taken in a number of papers (Jung and Marshall, 1985; Chow, 1987; Serletis, 1992; Kunst and Marin, 1989; Marin, 1992; Afxentiou and Serletis, 1991), designed to assess whether or not individual countries exhibit statistically significant evidence of export-led growth using Granger causality tests.