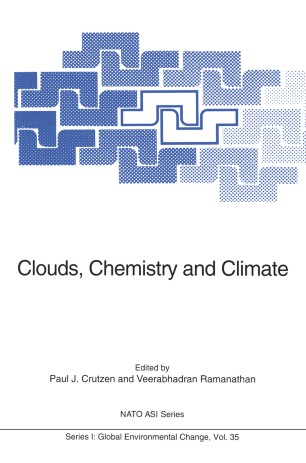 The objective of this NATO Advanced Research Workshop was to discuss our current understanding of the role of clouds in climate and chemistry. The range of topics dis­ cussed during the workshop included: modeling of clouds in GCMs; observations of the cloud micro physical properties; the water vapor cycle; troposphere-stratosphere exchange; role of in-cloud transport in tropospheric ozone; regulation of current and paleo climate by clouds; and anthropogenic sulfate aerosols and modification of cloud properties. The essence of the discussions is captured in the accompanying summary by the rapporteurs and the chapters by some of the speakers. The underlying message is that significant progress has been made, resulting in exciting new developments in our perception of the role of clouds in the global system . .. The tropical convective-cirrus cloud systems emerge as a major influence on the climate system. Micro physical processes, such as the rate of precipitation and re evaporation of ice particles, seem to regulate the large scale vertical distribution of water vapor which is the dominant greenhouse gas. Water vapor data collected during the Central Equatorial Pacific Experiment (CEPEX), document the large moistening effect of deep convection on scales of thousands of kilometers. A major chemical finding in the same region was the observation of extremely low ozone 8 volume mixing ratios of less than 10- in the entire troposphere of the central equatorial Pacific extending over a distance of about 2000 km. This finding establishes the Pacific as a major chemical sink region for tropospheric ozone.