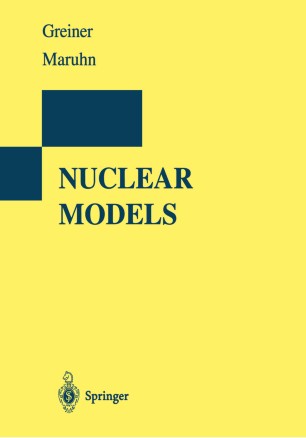 Theoretical physics has become a many-faceted science. For the young student it is difficult enough to cope with the overwhelming amount of new scientific material that has to be learned, let alone to obtain an overview of the entire field, which ranges from mechanics through electrodynamics, quantum mechanics, field theory, nuclear and heavy-ion science, statistical mechanics, thermodynamics, and solid­ state theory to elementary-particle physics. And this knowledge should be acquired in just 8-10 semesters during which, in addition, a Diploma or Master's thesis has to be worked on or examinations prepared for. All this can be achieved only if the university teachers help to introduce the student to the new disciplines as early on as possible, in order to create interest and excitement that in turn set free essential new energy. Naturally, all inessential material must simply be eliminated. At the Johann Wolfgang Goethe University in Frankfurt we therefore confront the student with theoretical physics immediately in the first semester. Theoretical Mechanics I and II, Electrodynamics, and Quantum Mechanics I - an Introduction are the basic courses during the first two years. These lectures are supplemented with many mathematical explanations and much support material. After the fourth semester of studies, graduate work begins and Quantum Mechanics II - Symme­ tries, Statistical Mechanics and Thermodynamics, Relativistic Quantum Mechanics, Quantum Electrodynamics, the Gauge Theory of Weak Interactions, and Quantum Chromodynamics are obligatory.