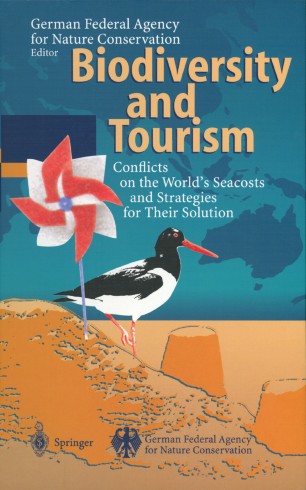 Conflicts on the World’s Seacoasts and Strategies for Their Solution

It is in the best interest of all concerned that tourism become sustainable and environmentally compatible. This need for "sustainable development" is and more by the responsible parties. Moreover, in the being recognised more search for solution strategies the realisation is gaining ground that tourism must be viewed as a worldwide phenomenon whose development must be co-ordinated in a co-operative effort spanning regions and continents. That the preservation of biological diversity also requires global co­ operation has been confirmed by over 170 countries which have already acceded to the "Convention on Biological Diversity". It is thus an important task to provide the foundations for joint action. Germany, one of the largest source countries of international tourism, must feel particularly obligated in this regard. The report published here is the result of a research project com­ missioned by the German Federal Agency for Nature Conservation. The study pursued and examined the thesis that the Convention on Biological Diversity be used as a central instrument for arriving at international principles and regulations for combining nature conservation and tourism which could lead to a sustainable development of tourism. To further the discussion, the authors brought the study to a logical conclusion by working out a proposal for a "tourism protocol" additional to the existing Convention on Biodiversity. Such a protocol additional to the Convention would entail the stipulation of internationally binding implementation and regulations for achieving sustainable tourism.