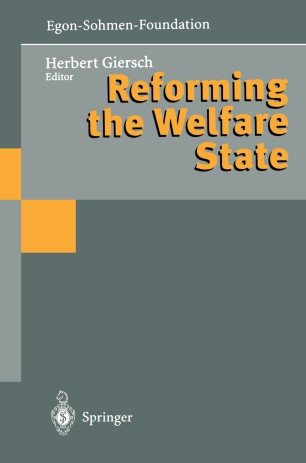 This book is the sequel to Fighting Europe's Unemployment in the 1990s, the collection of papers presented at the Salzburg Symposium of the Egon-Sohmen-Foundation in 1994. Though the problem of un­ employment was urgent already then, it has not found a practical solution in the meantime, and even intellectually it remains somewhat of a mystery. A clue is offered by the contrast with the United States: they have the working poor; we, on the old continent, have the welfare recipients. This brings the relationship between unemployment and the welfare state to the fore. On closer inspection, however, the matter appears to be much more complicated than the transatlantic contrast suggests. Consider only that the welfare state and what is called "social policy" have a long tradition in Europe. They obviously did not pre­ vent or noticeably hamper the decline in unemployment in the 1950s and the emergence of full employment in the 1960s. This leaves room for various conjectures. Does the welfare state matter only after a long time lag or after it has grown too fast or too much beyond a critical size? Is it the welfare state per se that is harmful to employment or do its harmful effects arise only under certain conditions, e. g.