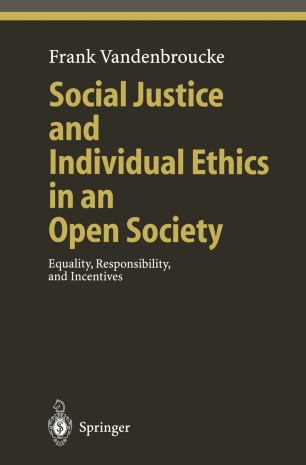 Social Justice and Individual Ethics in an Open Society

Can the need for incentives justify inequality? Starting from this question, Frank Vandenbroucke examines a conception of justice in which both equality and responsibility are involved. In the first part of the inquiry, which explores the implementation of that conception of justice, the justification of incentives assumes that agents make personal choices based only upon their own interests. The second part of the book challenges the idea that a normative conception of distributive justice can be based on that traditional assumption, i.e. that personal choices are not the subject matter of justice. Thus, Vandenbroucke questions the Rawlsian idea that the primary subject of a theory of justice is the basic structure of society, and not the individual conduct of its citizens. For a society to be really just, the ethos of individual conduct has to serve justice. Non-mathematical readers can skip the formal model proposed in Chapter 3 and understand the rest of the book.