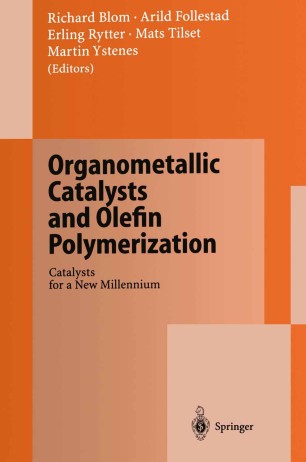 Catalysts for a New Millennium

"Catalysis is more art than science", probably all of you have heard and even used this expression. Whether it is true or not, it alludes to the experience that new catalysts are hard to find, and near impossible to predict. Hard work and a lifetime of experience is invaluable. However, a keen mind might give insight into where to search, but not necessarily about where to find the answers. Historically, "quantum leaps" have often arisen from serendipity - we all know the story about the nickel-contaminated reactor that triggered further research towards the first coordination catalyst for ethene polymerization. Taking advan­ tage of this event, Karl Ziegler became the first chemist to earn both a Nobel prize and a fortune for the same invention. A broken NMR tube helped Walter Kaminsky discover the effect of high concentrations of methylaluminoxanes as co catalysts for metallocenes. When air reacted with the concentrated trim ethyl aluminum solution, sufficient amounts of methylaluminoxanes were formed, and the lazy catalyst dormant in the NMR tube suddenly became sensationally active. Ziegler and Kaminsky were lucky and had the genius needed to take advantage of their luck.