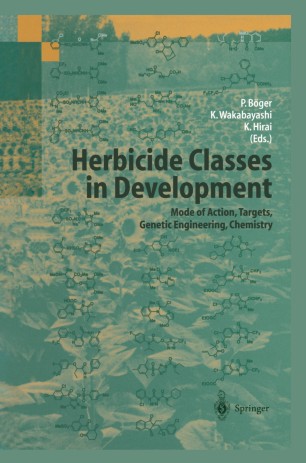 Chemical pest control is in use in practically every country in the world since agrochemicals play a decisive role in ensuring food supply and protection against damage by pests, insects and pathogenic fungi. Particularly in the half­ century since World War II, food production has risen dramatically in most parts of the world. In the last 20 years, the yield of major crops has roughly doubled in Western agriculture and there is still the potential for further achievements, particularly in the developing countries. The world's cereal and rice production, now more than 2 billion tons/year, has to increase by 2. 4% annually to cope with the rising food demand caused mainly by the growing population and improvement of living standards in most of the developing countries. Such a demand for food has to be achieved by higher yields from the restricted arable land already in use. Global farm­ land resources are about 1. 4 billion ha, of which 1. 2 billion ha is cultivated with major crops. Experts agree that a future substantial addition of new produc­ tive areas is unlikely. Those with a high yield potential are already in use; new fields with a lower output may possibly be obtained by cultivation of arid or cold areas. More recently, new areas of large-scale farmland have been devel­ oped in tropical regions of Latin America, primarily in Argentina and Brazil, at the cost of the destruction of tropical rain forest.