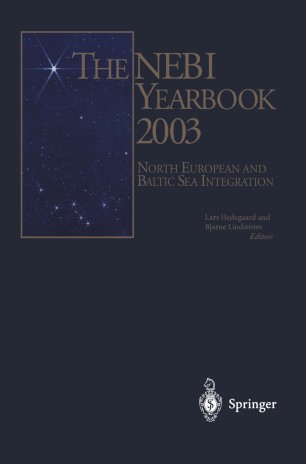 Bjllrn Tore Godal Norwegian Ambassador to Germany Chairman of the Editorial Advisory Board Several of the contributions to the present volume of The NEBI Yearbook have been inspired by the fact that roughly speaking, ten years have passed since the first steps were taken to initiate cross-border co-operation in the Barents and Baltic Sea areas. One of the most important co-operative organisations in the European Northeast, i. e. The Council of the Baltic Sea States, was launched in 1992. The Barents Euro Arctic Council was established in 1993. An avalanche of co-operative and cross-border initiatives has since hit this part of Europe with all kinds of actors participating - states, regional and municipal authorities, univer­ sities, national organisations, businesses and private interests. Even international organisations and actors from outside the immediate NEBI area have taken a special interest in this dynamic part of the world. Among the most important is the European Union, whose Finnish-inspired Northern Dimension initiative has become a permanent fixture. As many of the chapters in NEBI 2003 testifY, integration in the NEB I area - across old political and ideological borders and cultural and socio-economic divides that are among the most pronounced anywhere in the world - has on the whole been a great success.