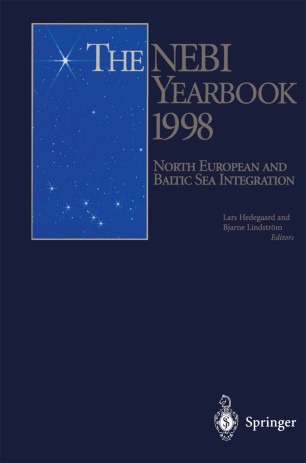 Thorvald Stoltenberg Ambassador Chairman of the Editorial Advisory Board Most of us have been overwhelmed by the speed and extent of the changes that have been taking place in Europe since the late 1980s. Over the span of a few years, we have witnessed the collapse of the Soviet Union and the unification of Ger­ many. This process has had far-reaching implications for Northern Europe: the Baltic states have attained independence, and with the establishment of the Baltic Sea regional co-operation and the Barents co-operation, a new type of East-West relations has come into being. The process of change continues. Its latest manifestation is the agreement between Russia and NATO, and NATO and EU enlargement is expected to take place over the next few years. With such far-reaching transformations, we need to reflect on what is hap­ pening. We need a more coherent picture of the new situation in Northern Europe and of where we are heading. This Yearbook is an attempt to fulfil this need. I would like to thank the editors for taking this initiative, which has been long awaited by those of us who have been actively interested in the improved relations between the former East and the old West that have been made possible by the end of the Cold War - and particularly in the new opportunities for cross-border co-operation and integra­ tion in the North European and Baltic space.