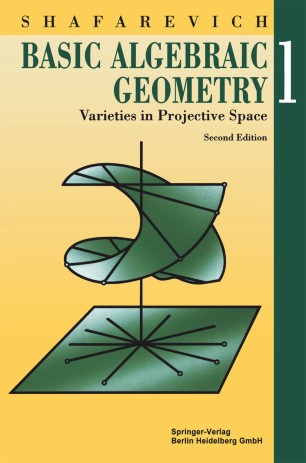 The first edition of this book came out just as the apparatus of algebraic geometry was reaching a stage that permitted a lucid and concise account of the foundations of the subject. The author was no longer forced into the painful choice between sacrificing rigour of exposition or overloading the clear geometrical picture with cumbersome algebraic apparatus. The 15 years that have elapsed since the first edition have seen the appear­ ance of many beautiful books treating various branches of algebraic geometry. However, as far as I know, no other author has been attracted to the aim which this book set itself: to give an overall view of the many varied aspects of algebraic geometry, without going too far afield into the different theories. There is thus scope for a second edition. In preparing this, I have included some additional material, rather varied in nature, and have made some small cuts, but the general character of the book remains unchanged.