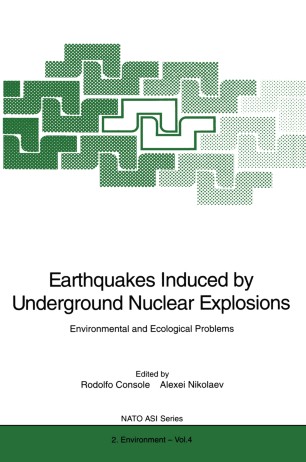 This volume presents different studies carried out on induced seismicity, both from experimental and theoretical viewpoints. Several examples of seismic activity induced by underground nuclear explosions, impoundment of artificial reservoirs, and mining activities are given and discussed. Another important subject which is covered is earthquakes induced by other large earthquakes. Further, tectonic stress release in the immediate vicinity of an underground nuclear explosion is treated. The release produces aftershocks of small magnitude, usually for several weeks, occurring a few kilometers within the shot point. This phenomenon is of importance in the context of monitoring a Comprehensive Test Ban Treaty.