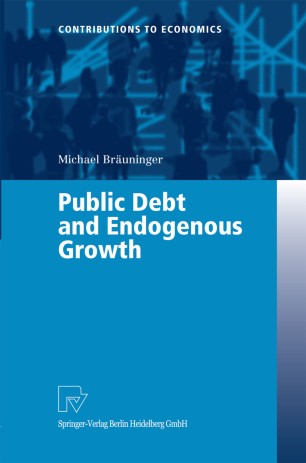 This book considers public debt dynamics in various endogenous growth models, namely the AK model and explicit models of innovation and human capital accumulation. Furthermore, the closed economy, the small open economy and a two-country world are analysed. In the closed economy model, the focus is on budget deficit and public debt dynamics and their influence on capital growth and output growth. Then, in the open economy model, the effects on foreign debt growth are considered. In a two-country setting, public debt growth in one country affects growth in the other country. In each scenario the government either fixes the deficit ratio or the tax rate. For both strategies the steady state is derived and stability is analysed. Then, dynamics induced by various shocks and policy measures are explored. Many diagrams illustrate the dynamics.