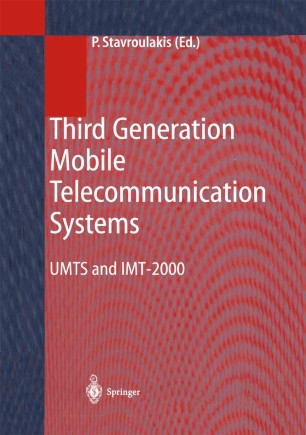 One hundred years ago, the notion of transmitting information without the use of wires must have seemed like magic. In 1896, the first patent for wireless communication was granted to Marchese Guglielmo Marconi. Since then the field of wireless communications which includes cellular systems has taken various forms of development. It basically evolved through three Eras. The Pioneer Era over the period of 1860-1921, the Precellular Era over 1921-1980 and the Cellular Era after 1980 and beyond. The first generation cellular era started with the Analog Systems and evolved in the digital domain utilizing Time Division Multiple Access (TDMA) and Code Division Multiple Access (CDMA), thus comprising the Second Generation Mobile Systems. The first generation RF cellular communications systems deployed in the early to mid 1980's had air interfaces comprised of analog technology. Among them were AMPS (Advanced Mobile Phone System), NMT (Nordic Mobile Telephone), and TACS (Total Access Communications System). These were designed for use in a specific geographic area and not intended to be deployed in other areas. There was not much commonality beyond using the same air interface technology and same modulation. The air interface technology was Frequency Division Multiple Access (FDMA) and the modulation was analog FM, but with different deviations and channel spacings. The frequency bands, air interface protocols, number of channels, and data rates were different. In general, these systems provided local and national coverage.