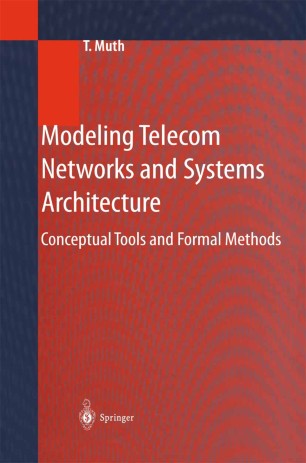 The book describes a method for modeling systems architecture, in particular of telecom networks and systems, although a large part can be used in a wider context. The method is called Sysnet Modeling, and is based on a new modeling language, called AML (Abstract systems Modeling Language), that is also described in the book. By applying sysnet modeling and AML, a formal model of the system is cre-ated. That model can be used for systems analysis, as well as for communicating system knowledge to a broader audience of engineers in development projects. Inherent in sysnet modeling is also a potential for considerable reduction in time spent on system implementation, through the possibilities for code- and test-case generation.