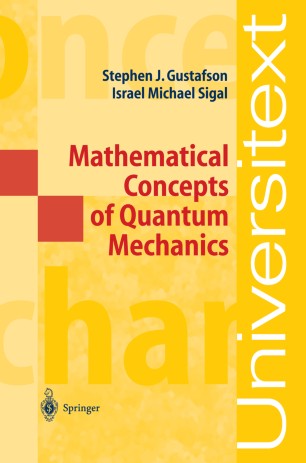 The first fifteen chapters of these lectures (omitting four to six chapters each year) cover a one term course taken by a mixed group of senior undergraduate and junior graduate students specializing either in mathematics or physics. Typically, the mathematics students have some background in advanced anal­ ysis, while the physics students have had introductory quantum mechanics. To satisfy such a disparate audience, we decided to select material which is interesting from the viewpoint of modern theoretical physics, and which illustrates an interplay of ideas from various fields of mathematics such as operator theory, probability, differential equations, and differential geometry. Given our time constraint, we have often pursued mathematical content at the expense of rigor. However, wherever we have sacrificed the latter, we have tried to explain whether the result is an established fact, or, mathematically speaking, a conjecture, and in the former case, how a given argument can be made rigorous. The present book retains these features.