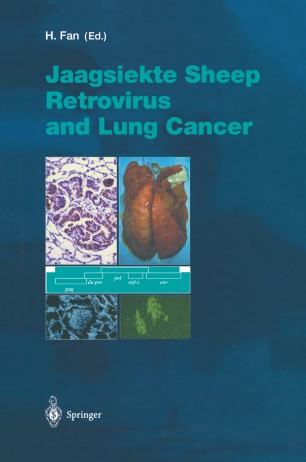 Retroviruses have been of great importance to biomedical science for the past half century. Initially, studies on oncogenic animal retroviruses provided important insights into molecular processes in carcinogenesis – most notably the existence and mechanisms of action of oncogenes and proto-oncogenes. Moreover, several human diseases are caused by retroviruses, including AIDS, adult T-cell leukemia and the neurological disease HAM/TSP. The topic of this volume is a relatively unknown animal retrovirus, jaagsiekte sheep retrovirus, the causative agent of transmissible lung cancer in sheep –ovine pulmonary adenocarcinoma. The disease was first documented in South Africa in the 1800s, it has a wide geographical distribution, and it is of economic importance in high endemic regions. However, until very recently the nature of the etiologic agent was unclear, and relatively few laboratories actively studied the disease.