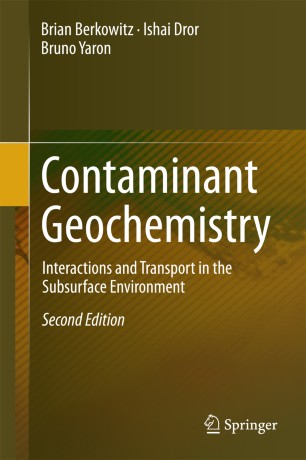 Interactions and Transport in the Subsurface Environment

In this updated and expanded second edition, new literature has been added on contaminant fate in the soil-subsurface environment. In particular, more data on the behavior of inorganic contaminants and on engineered nanomaterials were included, the latter comprising a group of “emerging contaminants” that may reach the soil and subsurface zones.

New chapters are devoted to a new perspective of contaminant geochemistry, namely irreversible changes in pristine land and subsurface systems following chemical contamination. Two chapters were added on this topic, focusing attention on the impact of chemical contaminants on the matrix and properties of both liquid and solid phases of soil and subsurface domains. Contaminant impacts on irreversible changes occurring in groundwater are discussed and their irreversible changes on the porous medium solid phase are surveyed. In contrast to the geological time scale controlling natural changes of porous media liquid and solid phases, the time scale associated with chemical pollutant induced changes is far shorter and extends over a “human lifetime scale”.