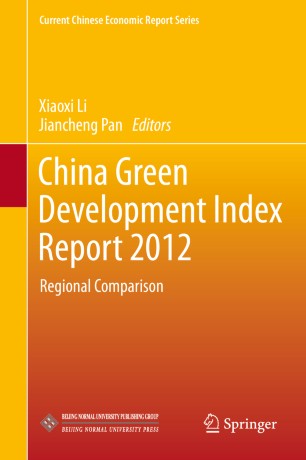 The report was launched during China’s Twelfth Five-year Period (2011-2015). After revising the measurement system of the Green Development Index 2011, the report measures the green development level of 30 provinces, municipalities and autonomous regions as well as 38 large and medium-sized cities in China. A Public Satisfaction Survey of the Urban Residents is first introduced into the report. Both the province and the city Green Development Index systems consist of three parts, the green degree of economic growth, the carrying potential of natural resources and environment, and the support degree of government policies. The three parts reflect the production and resource usage efficiency, the situation of environment and resources protection and pollutants emission, and government’s related investment and management respectively. The China Green Development Index Report 2012 has the comprehensive evaluation of the green economy development in China and its importance to China’s rational development and switch in economic development model.