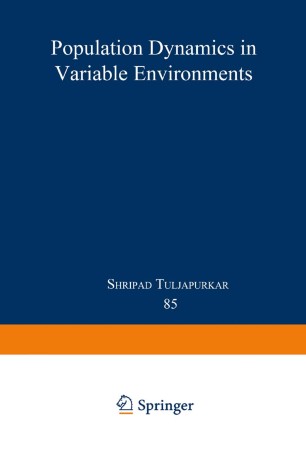 Demography relates observable facts about individuals to the dynamics of populations. If the dynamics are linear and do not change over time, the classical theory of Lotka (1907) and Leslie (1945) is the central tool of demography. This book addresses the situation when the assumption of constancy is dropped. In many practical situations, a population will display unpredictable variation over time in its vital rates, which must then be described in statistical terms. Most of this book is concerned with the theory of populations which are subject to random temporal changes in their vital rates, although other kinds of variation (e. g. , cyclical) are also dealt with. The central questions are: how does temporal variation work its way into a population's future, and how does it affect our interpretation of a population's past. The results here are directed at demographers of humans and at popula­ tion biologists. The uneven mathematical level is dictated by the material, but the book should be accessible to readers interested in population the­ ory. (Readers looking for background or prerequisites will find much of it in Hal Caswell's Matrix population models: construction, analysis, and in­ terpretation (Sinauer 1989) ). This book is in essence a progress report and is deliberately brief; I hope that it is not mystifying. I have not attempted to be complete about either the history or the subject, although most sig­ nificant results and methods are presented.