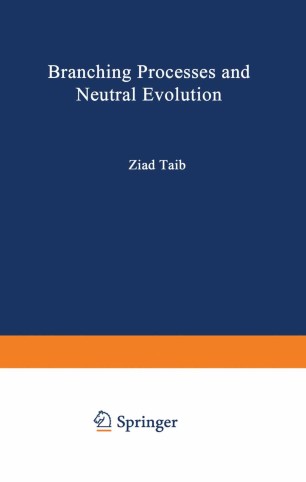 The Galton-Watson branching process has its roots in the problem of extinction of family names which was given a precise formulation by F. Galton as problem 4001 in the Educational Times (17, 1873). In 1875, an attempt to solve this problem was made by H. W. Watson but as it turned out, his conclusion was incorrect. Half a century later, R. A. Fisher made use of the Galton-Watson process to determine the extinction probability of the progeny of a mutant gene. However, it was J. B. S. Haldane who finally gave the first sketch of the correct conclusion. J. B. S. Haldane also predicted that mathematical genetics might some day develop into a "respectable branch of applied mathematics" (quoted in M. Kimura & T. Ohta, Theoretical Aspects of Population Genetics. Princeton, 1971). Since the time of Fisher and Haldane, the two fields of branching processes and mathematical genetics have attained a high degree of sophistication but in different directions. This monograph is a first attempt to apply the current state of knowledge concerning single-type branching processes to a particular area of mathematical genetics: neutral evolution. The reader is assumed to be familiar with some of the concepts of probability theory, but no particular knowledge of branching processes is required. Following the advice of an anonymous referee, I have enlarged my original version of the introduction (Chapter Zero) in order to make it accessible to a larger audience. G6teborg, Sweden, November 1991.