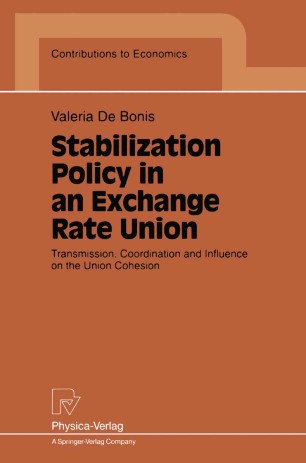 Transmission, Coordination and Influence on the Union Cohesion

The treaty of Maastricht envisages the full economic and monetary union in Europe. With increasing real and monetary integration policy decisions in individual member countries tend to have a growing impact on the other member countries of the European Community. Against this background the following study analyses within a unified theoretical framework the impact of monetary and fiscal policy pursued by one country on its own macroeconomic performance as well as on those of the other member countries and of the rest of the world. The analysis contrasts the cases of a small and a large European union relative to the rest of the world and distinguishes very clearly between the short-run, the medium-run and the long-run effects. Based on this the consequences for union cohesion and the scope for policy coordination are discussed. Since the analytical framework is defined by a three country model many results from the traditional policy coordination literature which relies on two country models are qualified. In contrasts to most previous research in this area particular attention is paid to the implications of asymmetries between the EC member countries. Furthermore, the structural parameters are in some instances not taken as given but as responsive to the integration process. In this context numerous links to the traditional literature on optimal currency areas are established and interesting implications for union cohesion during the transition are derived.