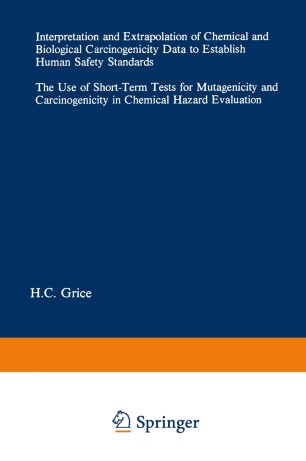 The International Life Sciences Institute (lLSI) is a scientific foundation wh ich addresses critical health and safety issues of national and international concern. ILSI promotes international cooperation by pro­ viding the mechanism for scientists from government, industry and universities to work together on cooperative programs to generate and disseminate scientific data. The members and trustees of the Institute believe that questions regarding health and safety are best resolved when scientists can ex amine and discuss issues, as an independent body, se~arate from the political pressures of individual countries and the economic concerns of individual companies. Frequently, meaningful assessment of the risk of a test substance is hindered by the inherent inconsistencies in the system. The development and refinement of methods and systems to evaluate the safety of chemicals have evolved in a rapid and largely unplanned fashion. Attempts to improve the system have largely been directed toward broad general concerns, with little attention being given to specific problems or issues. A failure to resolve these problems has frequently resulted in increased testing costs and complications in the assessment and extrapolation of the results. Publicity surrounding toxicologic issues has created chronic public apprehension about the ability of science and government to deal effectively with these problems. In response to these difficulties, ILSI has assembled highly qualified and renowned scientists from research institutes, universities, government and industry, with relevant scientific knowledge and expertise regarding the issues that complicate risk assessment procedures.