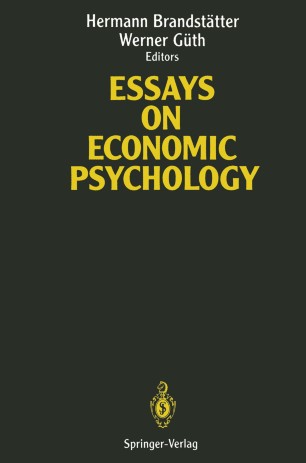 Economic behavior is explored from a psychological perspective by both, prominent economic psychologists with a long tradition in studying economic problems as well as economists who are open and interested in the psychological aspects of economic behavior. The contributions discuss the prospects and difficulties of this dialogue between psychology and economics and survey some important areas of research where such an interdisciplinary approach has proved to be successful. The text can also be used to introduce psychology to economists in order to give them an idea how to analyze economic problems from a psychological perspective. It also indicates many urgent and exciting research topics awaiting eager scholars to carry on the dialogue.