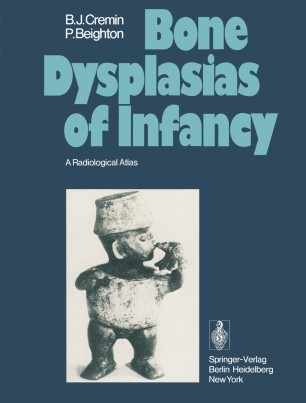 The tremendous expansion of medical knowledge during the last few decades, together with the introduction of many new diagnostic techniques, has demanded such a degree of specialisation that no single individual can be conversant with all the information available. More and more emphasis, therefore, has been placed on the importance of teamwork and close collaboration between associated disciplines. The bone dysplasias of infancy represent a classical example of this concept. Only a few years ago these heritable conditions were divided into a relatively small number of entities, for many of which "atypical variants" were accepted. More recent studies have resulted in appreciation and early recognition of a large number of these disorders, thanks to co-operation between paediatricians, radiologists, geneticists and biochemists. Not only maya reasonably accurate prognosis be offered for the affected child in many instances, but, almost of greater value, genetic counselling concerning the chance of subsequent offspring being similarly affected has become available to parents. Most radiologists have little opportunity of becoming familiar with this rapidly widening field of diagnosis, so that the occasional case which may be encountered is likely to engender diagnostic difficulty. This Atlas should facilitate greatly the solution of the problem. It has been prepared by Professor CREMIN, an outstanding paediatric radiologist whose work has been known and admired by me for many years, in close collaboration with his colleague Professor BEIGHTON, a geneticist of great distinction.