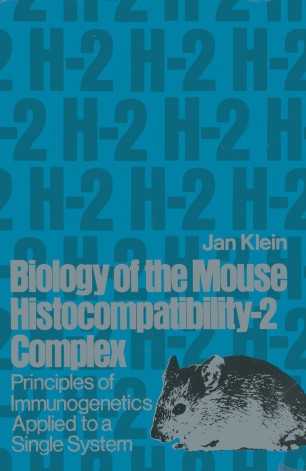 Biology of the Mouse Histocompatibility-2 Complex

Principles of Immunogenetics Applied to a Single System

Somewhere I heard a story of a bridge and a painter. The bridge was enormous and was made all of metal, and the painter's job was to keep it from rusting. He would start at one end and slowly proceed, day by day, month by month, toward the other end, painting the bridge. But no sooner would he finish with the painting than the bridge would begin to rust again. The rust, too, would start at one end and slowly proceed toward the other end, systematically destroying the painter's endeavor. And so the painter would return to where he had started, and begin painting again, slowly proceeding toward the other end of the bridge, always just one step ahead of the rust. And if the story is true, the painter might still be painting that bridge-a modern Sisyphus! During the writing of this book, the story of the painter and his bridge kept coming to mind. The field the book covers has been developing so rapidly that, like the painter, I too had to return to where I had started and fight the rust of obsolescence. But unlike the painter, I had a deadline to meet, which constituted a point of no return. And so, sending off this manuscript, I have no choice but to watch the fruits of my endeavor be overtaken by the rust.