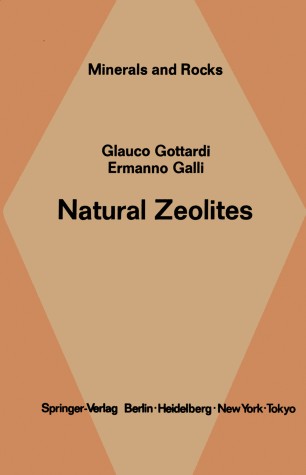 Part of the Minerals and Rocks book series (MINERALS, volume 18)

Zeolites form a family of minerals which have been known since the 18th century, but they remained a curiosity for scientists and collectors until 60 years ago, when their unique physicochemical properties attracted the attention of many researchers. In the past 30 years there has been an ex­ traordinary development in zeolite science; six International Conferences on Zeolites have been held every 3 years since 1967, and a large number of interesting contributions have been published in their proceedings. Many books, written either by individual authors or by several authors under a leading editor, have been published on these interesting silicate phases, but none has been devoted specifically to natural zeolites, even though this theme may be of interest not only to earth scientists, but also to chemists, as the in­ formation obtained from natural samples completes and in­ tegrates the characterization of many zeolites. We are trying to fill this gap on the basis of 20 years of research on natural zeolites, which we performed at the University of Modena together with many friends and colleagues. If it is in general difficult to write a scientific book with­ out upsetting somebody, this is particularly true for a book on natural crystals, because mineralogy is an interdisciplin­ ary science which covers some fields of physics, chemistry, it is almost impossible to meet every petrology, geology, and requirement.