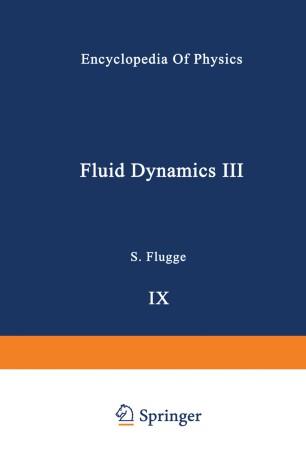 Sect 2. 317 tinuity surfaces 1. This suggests that a wake pressure Pw be associated with each flow past a bluff body, and that a wake parameter (2. 4) which plays the same role as the cavitation parameter (2. 1), be defined for the flow. This idea has been made the basis of a modified wake theory (ef. Sect. 11) which proves to be in good qu- titative agreement with pressure and drag measurements. It should be emphasized, however, that un­ h like the cavitation number, the wake parameter is a quantity which is not known a priori, and must be empirically determined in each case. (3) Jet flows. The problem of jet efflux from an orifice is one of the oldest in hydrodynamics and the first to be treated by Fig. 3a. the HELMHOLTZ free streamline theory. Of particular importance for engineering applications is the discharge coefficient Cd' which is defined in terms of the discharge Q per unit time, the pressure P, and the cross-sectional area A of the orifice, by the formula, (2. 5) where e is the fluid density. Two methods of measuring Cd have been most fre­ quently adopted. In the first the liquid issues from an orifice in a large vessel under the influence of gravity _,-____________ . , (Fig. 3 a), while in the second it 1 L is forced out of a nozzle or pipe under high pressure (Fig. 3 b).