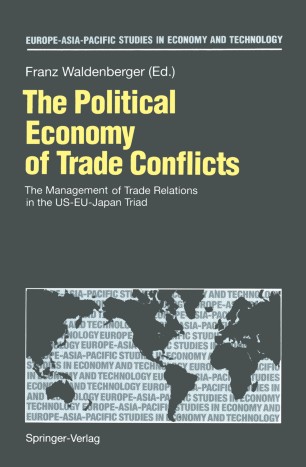 The Political Economy of Trade Conflicts

The Management of Trade Relations in the US-EU-Japan Triad

David Ricardo's law of comparative advantage and his finding that free trade increases the wealth of all participating nations is one of the very few economic laws which is accepted by almost all economists. But economic reason and economic policy do not always follow the same path. This especially applies to trade policies. A substantial and growing part of trade between Japan, Europe and the US does not follow the principles of free trade, but is more accurately managed trade. The management of international trade, international trade negotiations, and the political dynamics of trade conflicts create a complex reality which follows its own laws without regard to economic policy prescriptions. This political-economic reality was the subject of the conference 'The Political Economy of Trade Conflicts' organizedjoindy by the German Institute for Japanese Studies and the Friedrich-Ebert-Foundation together with the Institute of Modern Political Science and Economics of Waseda University in December 1993. We present the results of the conference in this reader. Three issues were of special importance: the US-Japanese conflict over the reduction of trade imbalances via quantitative import targets; the liberalization of trade in agricultural products, especially the opening of the Japanese rice market; and the trade tensions between the European Union, the US and Japan in high technology industries. The conference took place immediately before the conclusion of the Uruguay Round, and yet its subject continues to be of high political importance. In early 1994, the US-Japan conflict around quantitative import targets became more tense.