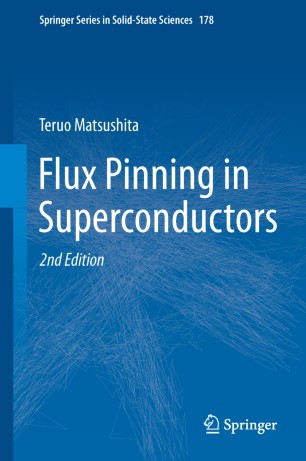 The book covers the flux pinning mechanisms and properties and the electromagnetic phenomena caused by the flux pinning common for metallic, high-Tc and MgB2 superconductors. The condensation energy interaction known for normal precipitates or grain boundaries and the kinetic energy interaction proposed for artificial Nb pins in Nb-Ti, etc., are introduced for the pinning mechanism. Summation theories to derive the critical current density are discussed in detail. Irreversible magnetization and AC loss caused by the flux pinning are also discussed. The loss originally stems from the ohmic dissipation of normal electrons in the normal core driven by the electric field induced by the flux motion.
The readers will learn why the resultant loss is of hysteresis type in spite of such mechanism. The influence of the flux pinning on the vortex phase diagram in high Tc superconductors is discussed, and the dependencies of the irreversibility field are also described on other quantities such as anisotropy of superconductor, specimen size and electric field strength. Recent developments of critical current properties in various high-Tc superconductors and MgB2 are introduced.
Other topics are: singularity in the case of transport current in a parallel magnetic field such as deviation from the Josephson relation, reversible flux motion inside pinning potentials which causes deviation from the critical state model prediction, the concept of the minimization of energy dissipation in the flux pinning phenomena which gives the basis for the critical state model, etc. Significant reduction in the AC loss in AC wires with very fine filaments originates from the reversible flux motion which is dominant in the two-dimensional pinning. The concept of minimum energy dissipation explains also the behavior of flux bundle size which determines the irreversibility line under the flux creep.

MgB2 and derivation of the force-balance equation from the minimization of the free energy including the pinning energy.