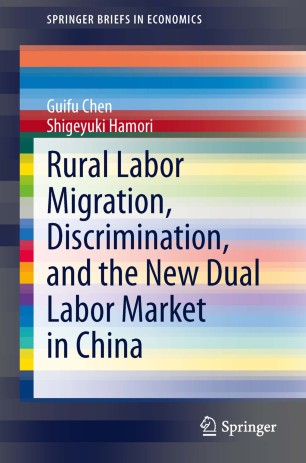 This book studies some important issues in China’s labor market, such as rural labor migration, employment and wage discrimination, the new dual labor market, and economic returns on schooling, using the newer and representative data and advanced estimation models. This approach has yielded many interesting results, including a solution to the dilemma of two ongoing crises since 2004: the rural labor surplus and severe shortage of migrant labor. While male workers generally received less favorable treatment and consequently enjoyed a lower average employment probability than female workers in 1996, they also received preferential treatment over female workers, who otherwise had identical worker characteristics in 2005. We provide new estimates for male-female hourly wage differentials in urban China, and our results indicate that the hourly wage differentials and the unexplained part of the hourly wage differentials are smaller than the differentials obtained by ignoring the sample selection bias. We study China’s new dual labor market, which is shifting from a rural migration versus urban workers setup to informal workers versus formal workers setup, and present some interesting results. Our study is the first to adopt the IV methodology and the Heckman (1979) two-step procedure simultaneously for the estimation of economic returns on schooling in China.