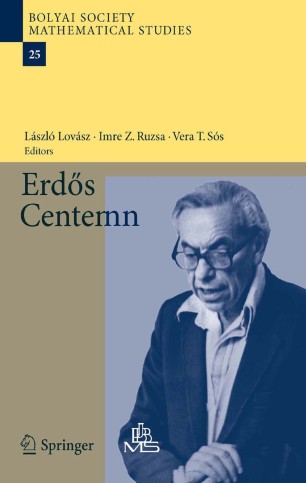 Paul Erdös was one of the most influential mathematicians of the twentieth century, whose work in number theory, combinatorics, set theory, analysis, and other branches of mathematics has determined the development of large areas of these fields. In 1999, a conference was organized to survey his work, his contributions to mathematics, and the far-reaching impact of his work on many branches of mathematics. On the 100th anniversary of his birth, this volume undertakes the almost impossible task to describe the ways in which problems raised by him and topics initiated by him (indeed, whole branches of mathematics) continue to flourish. Written by outstanding researchers in these areas, these papers include extensive surveys of classical results as well as of new developments.