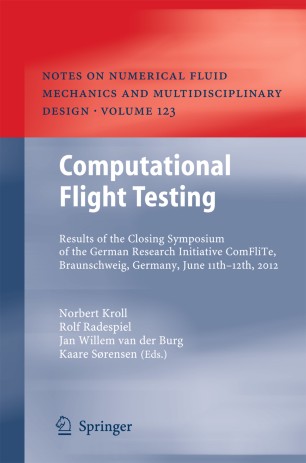 This book reports on the German research initiative ComFliTe (Computational Flight Testing), the main goal of which was to enhance the capabilities of and tools for numerical simulation in flight physics to support future aircraft design and development. The initiative was coordinated by the German Aerospace Center (DLR) and promoted collaboration between the aircraft industry and academia. Activities focused on improving physical modeling for separated flows, developing advanced numerical algorithms for series computations and sensitivity predictions, as well as surrogate and reduced order modeling for aero data production and developing robust fluid-, structure- and flight mechanics coupling procedures. Further topics included more efficient handling of aircraft control surfaces and improving simulation methods for maneuvers, such as gust encounter. The important results of this three-year initiative were presented during the ComFliTe closing symposium, which took place at the DLR in Braunschweig, Germany, on 11-12 June 2012. Computational Flight Testing addresses both students and researchers in the areas of mathematics, numerical simulation and optimization methods, as well as professionals in aircraft design working at the forefront of their field.