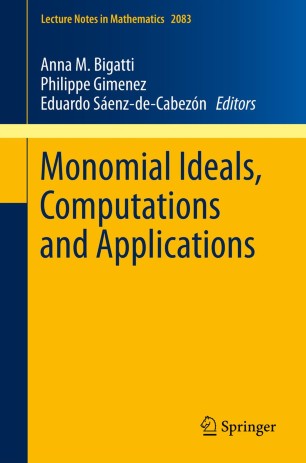 This work covers three important aspects of monomials ideals in the three chapters "Stanley decompositions" by Jürgen Herzog, "Edge ideals" by Adam Van Tuyl and "Local cohomology" by Josep Álvarez Montaner. The chapters, written by top experts, include computer tutorials that emphasize the computational aspects of the respective areas. Monomial ideals and algebras are, in a sense, among the simplest structures in commutative algebra and the main objects of combinatorial commutative algebra. Also, they are of major importance for at least three reasons. Firstly, Gröbner basis theory allows us to treat certain problems on general polynomial ideals by means of monomial ideals. Secondly, the combinatorial structure of monomial ideals connects them to other combinatorial structures and allows us to solve problems on both sides of this correspondence using the techniques of each of the respective areas. And thirdly, the combinatorial nature of monomial ideals also makes them particularly well suited to the development of algorithms to work with them and then generate algorithms for more general structures.