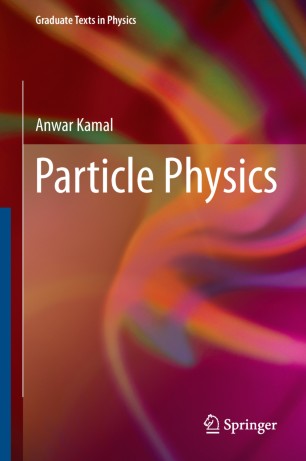 This textbook teaches particle physics very didactically. It supports learning and teaching with numerous worked examples, questions and problems with answers. Numerous tables and diagrams lead to a better understanding of the explanations. The content of the book covers all important topics of particle physics: Elementary particles are classified from the point of view of the four fundamental interactions. The nomenclature used in particle physics is explained. The discoveries and properties of known elementary particles and resonances are given. The particles considered are positrons, muon, pions, anti-protons, strange particles, neutrino and hadrons. The conservation laws governing the interactions of elementary particles are given. The concepts of parity, spin, charge conjugation, time reversal and gauge invariance are explained. The quark theory is introduced to explain the hadron structure and strong interactions. The solar neutrino problem is considered. Weak interactions are classified into various types, and the selection rules are stated. Non-conservation of parity and the universality of the weak interactions are discussed. Neutral and charged currents, discovery of W and Z bosons and the early universe form important topics of the electroweak interactions. The principles of high energy accelerators including colliders are elaborately explained. Additionally, in the book detectors used in nuclear and particle physics are described. This book is on the upper undergraduate level.