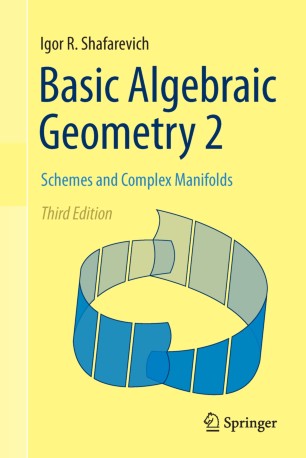 Shafarevich's Basic Algebraic Geometry has been a classic and universally used introduction to the subject since its first appearance over 40 years ago. As the translator writes in a prefatory note, ``For all [advanced undergraduate and beginning graduate] students, and for the many specialists in other branches of math who need a liberal education in algebraic geometry, Shafarevich’s book is a must.''

The second volume is in two parts: Book II is a gentle cultural introduction to scheme theory, with the first aim of putting abstract algebraic varieties on a firm foundation; a second aim is to introduce Hilbert schemes and moduli spaces, that serve as parameter spaces for other geometric constructions. Book III discusses complex manifolds and their relation with algebraic varieties, Kähler geometry and Hodge theory. The final section raises an important problem in uniformising higher dimensional varieties that has been widely studied as the ``Shafarevich conjecture''.