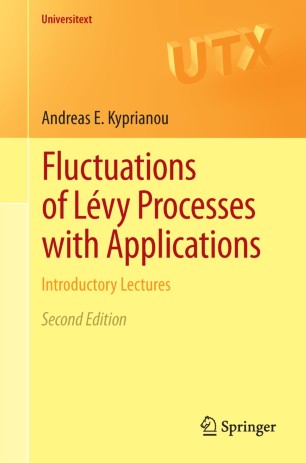 Fluctuations of Lévy Processes with Applications

This textbook is based on a series of graduate courses concerning the theory and application of Lévy processes from the perspective of their path fluctuations. Central to the presentation is the decomposition of paths in terms of excursions from the running maximum as well as an understanding of short- and long-term behaviour.

The book aims to be mathematically rigorous while still providing an intuitive feel for underlying principles. The results and applications often focus on the case of Lévy processes with jumps in only one direction, for which recent theoretical advances have yielded a higher degree of mathematical tractability.

The second edition additionally addresses recent developments in the potential analysis of subordinators, Wiener-Hopf theory, the theory of scale functions and their application to ruin theory, as well as including an extensive overview of the classical and modern theory of positive self-similar Markov processes. Each chapter has a comprehensive set of exercises.