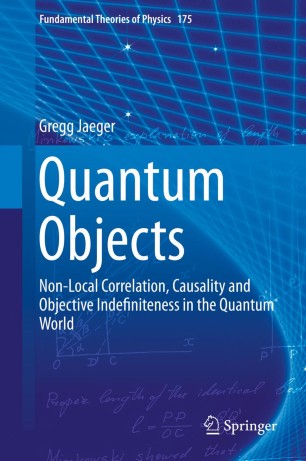 Non-Local Correlation, Causality and Objective Indefiniteness in the Quantum World

This monograph identifies the essential characteristics of the objects described by current quantum theory and considers their relationship to space-time. In the process, it explicates the senses in which quantum objects may be consistently considered to have parts of which they may be composed or into which they may be decomposed. The book also demonstrates the degree to which reduction is possible in quantum mechanics, showing it to be related to the objective indefiniteness of quantum properties and the strong non-local correlations that can occur between the physical quantities of quantum subsystems. Careful attention is paid to the relationships among such property correlations, physical causation, probability, and symmetry in quantum theory. In this way, the text identifies and clarifies the conceptual grounds underlying the unique nature of many quantum phenomena.