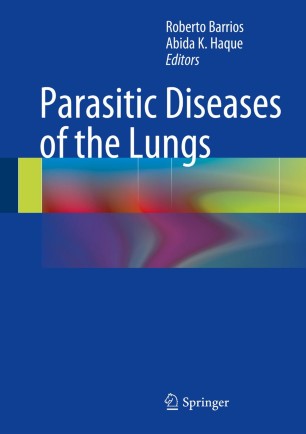 Parasitic Diseases of the Lungs

Most parasitic diseases occur in tropical and subtropical regions, but some, such as toxoplasmosis and cryptosporidiosis, are endemic or rapidly emerging elsewhere, including the United States and Europe. Diagnosis is often difficult as the clinical manifestations of many parasitic lung diseases are similar to those of common respiratory illnesses and routine tests can fail to detect the infections. The relative rarity of these diseases increases the challenges faced by clinicians and pathologists.

Parasitic Diseases of the Lungs is designed as a practical guide for pathologists who encounter parasitic diseases of the lung in their daily routine. The book comprises eight chapters. After discussion of the handling of lung biopsies from patients with suspected parasitic disease, individual chapters focus on Protozoa, Nematoda, Trematoda, and Cestoda. The morphologic patterns associated with various parasitic infections are then analyzed, and differentiation between artifacts and parasites is discussed. The final chapter is devoted to the immunocompromised patient and covers general principles of histologic evaluation, parasites associated with HIV and AIDS, and the features of diffuse alveolar damage.