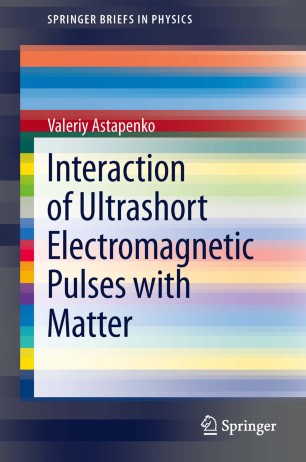 The book is devoted to the theory describing the interaction of  ultra-short electromagnetic pulses (USP) with matter, including both classical and quantum cases. This theme is a hot topic in modern physics because of the great achievements in generating USP. Special attention is given to the peculiarities of UPS-matter interaction. One of the important items of this book is the derivation and applications of a new formula which describes the total photo-process probability under the action of USP in the framework of perturbation theory. Strong field-matter interaction is also considered with the use of the Bloch formalism in a two-level approximation for UPS with variable characteristics.