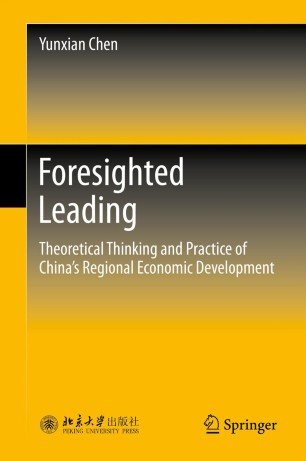 Under the conditions of market economy, the government is an independent economic entity, whose function is not only to provide services and handle public affairs, but also to coordinate, advance and lead economic development. The dual functions of regional government include providing service and administration at the micro-level on behalf of market economy on one hand and leading, regulating and promoting economic development at the macro-level on behalf of the central government on the other hand. Foresighted leading means giving free rein to the government, especially regional government, in economic guidance, regulation and early warning. It also means that the government is responsible for effectively allocating funds and gaining advantages using market rules, leveraging market forces and other means such as investment, price, taxation, law, and organizational, institutional and technological innovations to promote the scientific and sustainable development of the regional economy.

Born in October 1955, Chen Yunxian is a native in Shanghang County of Fujian Province. He is a PhD in economics at Peking University and a senior officer of economic administrator, and an expert enjoying the Special Allowance of the State Council. Chen Yunxian founded GF Securities and later assumed political posts, working as a member of the Municipal Standing Committee and executive vice mayor, mayor and Secretary of Shunde District Committee of Foshan City in Guangdong Province. Now, he serves as secretary of the Foshan Municipal Committee of the Communist Party of China and chairman of the Standing Committee of the Foshan Municipal People’s Congress. After 2000, Chen Yunxiang further studied at the University of Massachusetts Boston in the United States, Havard Business School and Kennedy School of Government at Harvard University.